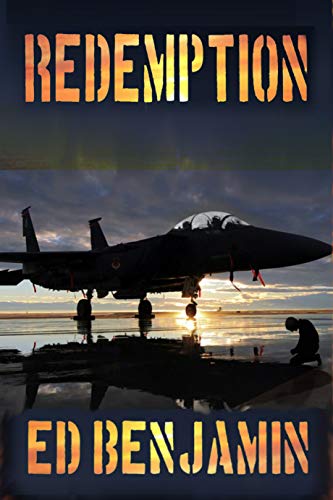 In this techno-thriller, an orphaned teenager joins the Air Force at the lowest level and rises to become a TOP GUN fighter pilot. Despite the fact Harry Miles fights and air battle which pits him against seven Iranian fighters and wins one of the most remarkable air battles in history, the Air Force grounded him for 18 months, and then they medically retired him. He has lost his reason for existence – the love of flying. Harry continues to spiral into the abyss of defeat and alcohol abuse. As a last ditch effort, his former Air Force colleagues devise a scheme to rehabilitate him. Will it work? After Harry becomes a detective and solves a mystery, the question remains: Will he ever face his archenemy, Mar, an Iranian TOP GUN fighter pilot, in combat? Will his love for Katie help him? Will he find “Redemption?”

This book has it all: super-realistic flying segments, the air combat battle of the century, a story of someone dealing with great loss, and an engaging detective story. The way it ends leaves you looking for a sequel!