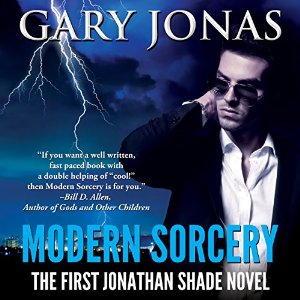 “I liked the main character somewhat but mostly liked the ghost the best. There were a couple of instances where characters acted out of character in order to serve the plot. The bad guy seemed to be extremely dim witted and the ending was just too easy. There was also one point where an extremely minor character was unnecessarily vulgar and it annoyed me enough that I kept thinking about it through the rest of the book. It didn’t need to be that way to serve the plot and it didn’t really fit with the rest of the characters.” By April Amberdrake

“This first book in the series (it is followed by Acheron Highway) is an excellent mystery set in a world like ours, but in which magic is real. The magic is woven into daily life in a very logical way, if you accept the premise, and this book makes that easy. Interesting and engaging characters, an interesting storyline. I immediately had to purchase the sequel Acheron Highway as soon as I finished this book.” By Amazon Customer