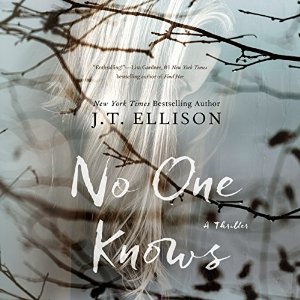 “It’s been awhile since I’ve read a new J.T. Ellison novel and looked forward to this. I read it in a day, the first 2/3’s really capture my attention, but, the last 1/3, especially the ending, yuck. I can’t believe what a massive let down it is. It’s as if the author just gave up writing and wanted to get it over with. It was too pat and contrived. We’ve been here before and it’s been done better.” By K. Schell

“Being a resident of Nashville, I usually enjoy reading JT Ellison’s books and knowing exactly where the action takes place. I loved the Traylor Jackson series until the last one got strange and unbelievable. There is always a suspension of belief when it comes to reading fiction, but too much of it can make a good story turn bad.” By Shawna Parker