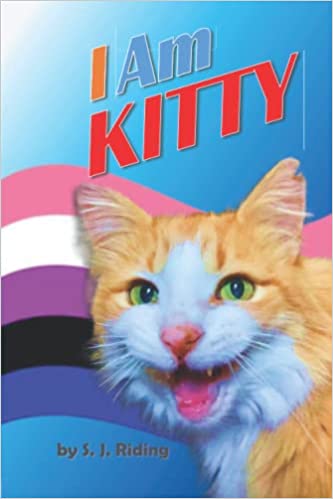 Note: This item is eligible for FREE Click and Collect without a minimum order subject to availability. Details

Stray kitten Kitty faces fears and uncertainty when humans rescue him from a life in the wild. He is placed in a new home with the grumpy house cat Taz, but as often happens with adoptive families, acceptance doesn’t happen quickly. When Taz is taken to a cattery, Kitty sets out on a dangerous journey to rescue him, with the hope of winning Taz’s approval. He is helped by the local, feared black cat Mr Black, and his best friend Biskitt, the female cat who lives next door.

Wherever Kitty goes he is mistaken for a female cat, but Kitty doesn’t care if he’s male or female, he just wants to be a cat.

The journey to find Taz forces Kitty to overcome his greatest fears, but more importantly, Kitty learns to become the cat he wants to be.