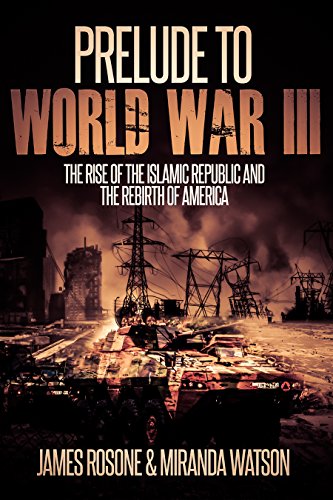 By the 2020s, America was no longer a world Superpower. The military had been cut to a barebones level, and while the U.S. was focused internally, the door opened for new powers to emerge on the world stage. In the wake of this power vacuum, China and Russia began to flex their military muscles and expand their dominance in the world.

The border of India and Pakistan had long been one of the most precarious ticking time bombs waiting to explode, and when a scheme to agitate the tensions in that region is successful, it opened the door for powerful men to begin consolidating authority and start building an Islamic Caliphate. With Europe also weakened by economic decline, the United States was in serious danger from this new threat.

In these hazardous times, America was in need of a hero. Henry Stein, a new kind of leader, built a new political party that is neither Republican nor Democrat to lead the charge to bring the country back from the brink. His unconventional style was just what the U.S. needed in order to deal with the changing world balance of power and a worldwide Great Depression. As conflicts near and far began to plague the planet, would President Stein be able to prevent a third world war?

“Prelude to World War III is an exceptional read. I’m a foreign policy nerd and most books in this genre are libertarian smut. This book is something much more special. It talks a less partisan approach to the troubles and conflicts simmering around the world. The book is well researched and highlights real life tensions and situations that are currently unfolding. It warns us to stay vigilante or a future world war is eminent. As the problems mount in the near future, we meet Henry Stein, our hero. From Governor Stein, a third party winner from Florida to President Stein. As President he plans to strengthen the once great office and the country along with it. You don’t have to be a nerd to love this book. I promise if you follow world politics, you’ll get a lot from it. Excellent, intelligent and thought provoking novel! A++” By Andrea Davis

“I found the story to be written in a very engaging, captivating and ultimately entertaining manner but what I admire most about the plot is that it holds plenty of real-world parallels which, in turn, gives the story of “Prelude to World War III” quite a thought-provoking undertone which I personally think adds a great deal of substance to the book. Of course, if you’re simply looking for a quality suspenseful read that stays true to the essential elements of the thriller genre with plenty of realism and strong political twists, then this book won’t disappoint. A worthy addition to the genre, in my opinion.” By Lucidity